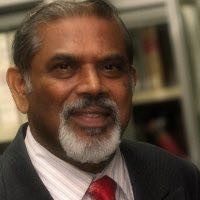 It is very daunting to try and do justice to the life of a dear friend, Ismail or M.I., whom I had first met in the days when Singapore was still part of Malaysia in May 1965. We were “freshies” at the Law Faculty of the University of Singapore.

Ismail was at Raffles Hall and became somewhat of a legend. He had a special talent for singing comic Tamil songs in Tamil and English in a superb voice and accent.

Ismail was a deeply committed Muslim and quickly became President of the University of Singapore Islamic Society which he led with devotion and diligence.

He was interested in Student Union politics and became a member of the Students Council representing Raffles Hall.

In addition to Raffles Hall, his other abiding interest was in the Law Society and made his mark in AGM debates.

He chose Company Law as an optional subject and was completely fascinated with it.

We convocated in 4 years in June 1969. However, earlier we had started attending at law offices with a view to start our pupillage officially when we were conferred our LL.B degrees. He ended up at Messrs Braddell & Ramani in the Embankment while I was up the road at Messrs Shearn Delamore & Co.

We visited each other and grew closer during the horrific days following May 13, 1969. He and other classmates shared a flat in a hot-spot in Brickfields. He and the others in that flat had a good view of events along Bangsar Road and in Brickfields. They would call me to report on untoward events and I would use my contacts in Federal Hill Government Quarters to alert the authorities in Bluff Road Information Control Centre.

Ismail surprised his fellow-pupils by suddenly interrupting his pupillage to go to India to marry HAAMEEDHA BANU on 24 August 1969.

On his return to KL, he had to start pupillage all over again and hence got called to the Bar of the High Court of Malaya later than most of his other course-mates.

But his marriage was supremely happy. My wife, Mehrun and I used to visit them and enjoy their expanding brood of very charming and intelligent children.

Looking at his practice, his wife and children, I am convinced that Ismail had made a real success of life.

Ismail was born in South India on 14 October 1944 and grew up in Ipoh. He was a good student and formed and led an Islamic Society in Ipoh.

He and a group of close friends used to meet on Sunday evenings to pray and praise the Prophet S.A.W. And the wives would serve some memorable meals!

He did some teaching in Ipoh while waiting to enter university. Till he passed away, his students would affectionately call him “Master”.

After his Call to the Bar, he went into partnership with Tuan Haji Zain Azahari to establish Zain & Co. in Kuala Lumpur. He subsequently set up Messrs Mohamed Ismail & Co.

Ismail was dedicated to the Law and our noble profession. He was a member of the Selangor and Federal Territory Bar Committee for several years.

In the 1970s, he and his family left for King’s College, University of London where he successfully obtained his LL.M. He also joined Lincoln’s Inn and ate his dinners there. Subsequently, he was admitted to the English Bar.

He was very much in demand, this born teacher, to lecture on Islamic Banking issues. He also lectured part-time at the University of Malaya and at the International Islamic University. I used to attend his Civil Procedure lectures at U.M. and learnt a lot.

He served on various Governmental regulatory bodies and was made Adjunct Profession at INCEIF. He became President of PERMIM, the welfare organisation for Indian Muslims. “Lawyer Ismail” was a notable figure among Indian Muslims. His great ability as a lawyer, his piety and his oratory in Tamil was recognised far and wide.

Amongst his successes were his lovely children. Though 3 of them studied Law they did not persevere in our profession. Arshad and Ayaz are bankers while Altaf Nishat is a home-maker married to a brilliant lawyer and banker, Rafi. Dr Ahsan Ismail is a dedicated doctor with the Ministry of Health. My favourite, Anisha Nishat, is at University Research Co., LLC in Washington D.C. concentrating on worldwide health and social issues. Anyone would be proud to have such exemplary children and Banu and Ismail have done a great job. They have 8 grandchildren.

Ismail was appointed to a Datoship by the Governor of Penang in 2016.

Ismail lost a hard fight against cancer and passed away on 5 November 2016 at the age of 72.

I have tried my best to encapsulate a noble life – Muslim, husband, father, lawyer, teacher and community leader. Behold for this was a MAN – a true Advocate & Solicitor!

May he be blessed by ALLAH S.W.T. Al-Fatihah.