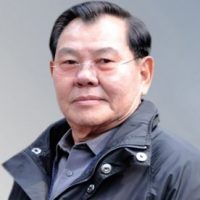 Sorrow fills our hearts deeply and personally as we say goodbye to Mr Lim Soh Wah who parted from us abruptly on 30 July 2017.

Born in Batu Pahat on 4 May 1940, Mr Lim Soh Wah was affectionately known as Soh Wah amongst his peers and Mr Lim amongst his staff. He hailed from a humble Hokkien fisherman’s family of which he was the second child and the eldest son among his nine siblings and completed his primary and secondary education in Batu Pahat.

Mr Lim Soh Wah became a police inspector for 5 years before leaving to read law in London. During his tenure as a police inspector, among other cases he handled, he successfully obtained a conviction in the notorious “Black Cat” case in Kuala Lumpur against two men for living off the immoral earnings of girls. This case went on to be reported in the Sunday Mail on 4 August 1968.

He was by nature, an ambitious man. He completed both the Part 1 and the final examinations within 18 months and was called at Middle Temple as a Barrister-at-Law before his subsequent admission to the Malaysian Bar in 1969, as an Advocate & Solicitor.

With 48 years of experience (almost half a century!) in the legal profession, Mr Lim Soh Wah was the founder and principal of the firm, Messrs Lim Soh Wah & Zarina. Despite the numerous trial and tribulations throughout his 48 years of legal practice, he had withstood many challenges to establish one of the oldest legal practices in Kuala Lumpur.

With his previous experiences in the police force, one of the initial core areas of practice undertaken by Mr Lim Soh Wah was criminal litigation. He often ensured that his junior lawyers attended Court with him in order to gain knowledge and learn the nitty gritty of litigation. A person who was ever ready to face challenges in the Courts of Law, he was known for his fearless nature, fervour and in fighting for the rights of his clients. He exuded confidence when stepping into the Courtrooms with his knowledge and passion for the law. This had led him to be revered and respected amongst his contemporaries and Judges as well.

Mr Lim Soh Wah also had a banking, company and commercial law practice covering and advising on banking and securities law, conveyancing transactions and other corporate & commercial related transactions including but not limited to mergers and acquisitions and rights issues. In the early 1990s, he was often consulted by financial institutions and corporate entities for his knowledge, opinion and experiences in the then developing areas of TSRs, deed polls and due diligence.

A meticulous person by nature, he ensured that each case or matter undertaken by the firm, attained results sought after by his clients.

The first impression of Mr Lim Soh Wah was a person who was strict in nature with a no nonsense disposition. It is without doubt that he was well known for being a perfectionist and very disciplined especially in relation to work to ensure that the firm delivered the best results for clients. Throughout his career, he had been responsible for moulding countless of lawyers who had practised under his guidance and who had subsequently ventured out to set up successful practices of their own with his blessings. He was a man that did not mince his words which in turn, commanded and instilled diligence and fear amongst his junior lawyers.

Generous with his knowledge and experiences, he was always willing to share his ideas and information, be it with his contemporaries or his junior lawyers and he was passionately interested in finding solutions to every legal problem arising.

Even though he was one of the more senior legal practitioner on the Bar Council roster, he was not afraid to face and apprise himself on the new developments in law and technology and he constantly strived to learn, keep abreast and equip himself with the most up to date knowledge and developments.

He believed that power is the ability to do good things for others which at times, led him to charitably representing clients who were in dire need of legal representation but were unable to afford it.

He worked with passion, integrity and energy, and with him gone, people who knew him, will miss an intelligent and vibrant individual.

He was a person who never failed to give encouragement to his employees be it to his lawyers or staff at their time of need. He believed that every cloud has a silver lining and often that was his motivational message to the people around him.

Beyond the strict demeanour, he was a person who wa caring and compassionate who took care of the needs of the staff at the time when they needed it most. He always ensured that the welfare of the staff was taken care of. He was undoubtedly, a good boss (employer) for people working for him.

As the boss and founder of the firm, he led his staff in such a way that he exemplified leadership and guidance. He was the epitome of energy and inspiration to his staff.

Being an avid food lover, he enjoyed mingling and savouring dishes with the office staff especially during festive seasons. Little did we know that this year’s Hari Raya was to be the last gathering that he had with his staff.

He was not only a boss but also a father figure to many of us.

Albert Einstein said, “The value of a man should be seen in what he gives and not in what he is able to receive”. Mr Lim Soh Wah was a man who gave.

He will always be reminisced and cherished eternally deep in our hearts and though he is no longer with us, his guidance, spirit and legacy will always live on.

“Death is simply a shedding of the physical body like the butterfly shedding its cocoon. It is a transition into a higher state of consciousness, where you continue to perceive, to understand, to laugh, to be able to grow, and the only thing you lose is something you don’t need any anymore… your physical body. It’s like putting away your winter coat when spring comes…”
– Elisabeth Kubler-Ross.

May his soul rest in peace.