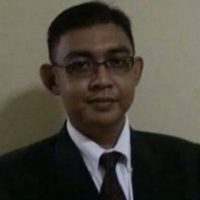 Muhammad Syaharudin bin Azmi was born on 27 June 1982 in a small village in the estate of Lepan Kabu, Kuala Krai, Kelantan. In a small and simple family, he was raised with love by both his parents and grandparents who lived in happiness and harmony. Not only them, all members of the family and also his neighbours were very happy with him and loved him so much. He was the first son and grandson in the family.

Muhammad Syaharudin had his first education in a kindergarden in the estate. He went to the Sekolah Kebangsaan Sultan Yahya Petra, Kuala Krai from standard one to standard three. After that he came back to study at Sekolah Kebangsaan Pahi which was very near to his house to complete his primary education.

A very bright student, he acquired all A’s in his first public examination, Standard Five Evaluation (PPDL) at that time. He was offered to study at two boarding schools. One was the Maktab Rendah Sains Mara (MRSM) Kelantan and the other one was the Sekolah Menengah Asramah Penuh Wilayah Persekutuan at Labu. He also attended an interview for a religious school in Al-Quran and managed to get the place there too. At first he wanted to go for the boarding school in Labu, but he was keen in reciting the Quran and decided by himself to go to the religious school of Al-Quran instead. He studied there for almost five years. He sat for his SPM and STP (at that time) at Sekolah Menengah Ugama (Arab) Rahmaniah in Kuala Krai, Kelantan.

Muhammad Syaharudin pursued his Law Studies at the International Islamic University Malaysia (IIUM) in 2003. He graduated with first Honours Degree in Law in 2007 and Second Degree in Islamic Law in 2008. During his studies in IIUM he was actively involved in many social activities and was a committee member in many societies and university’s programmes. He joined the rugby team but was “fired” because of his light weight. He had many friends, local and foreign.

Muhammad Syaharudin went on to serve his pupillage with Ahmad Daud & Associates and was admitted as an Advocate and Solicitor of the High Court of Malaya in 2010. He was also admitted to practise as a Syariah lawyer in the Mahkamah Syariah in the whole of Selangor and all the Federal States in 2011. He joined the legal profession and practised as a partner with several legal firms and as a Syariah lawyer. In 2016, he started his own firm under the name of Muhammad Syaharudin & Co.

Before his demise on 20 July 2017, he led as the Chairman of the Disabled in Taman Melati’s Residents and as an Executive Committee Member of several associations in Kuala Lumpur.

He was 35 and single when he passed on. May Allah keep him in His blessings.