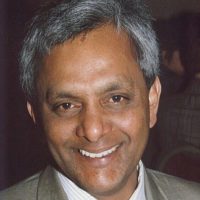 Sadacharam Raman, fourth in a family of 10 children, was born in Penang. He was at Methodist Boys School for his primary education and finished his studies at the Penang Free School.

His late father Raman Rawni Nair and late mother Janaki Nadesa Pillai had 10 children, seven boys and three girls. Sadacharam’s youngest sibling, Mark Raman is a fellow member of the Bar. Credit goes to his parents for their perseverance in bringing up their children, among whom you have Lawyers, a Doctor, a Professor, a Commercial Pilot (late) and a businessman.

Sadacharam or Sada to his friends and family had, from young a desire to be a lawyer. On completion of his Sixth Form, he proceeded straight to the University of Singapore (now NUS) to further his ambition.

Most Malaysians pursuing this course in Singapore in the 60’s and 70’s resided in the Raffles College within the University Campus.

I came to know him when Raffles Hall had annual sporting events with the 2nd Residential Colleges (2nd RC) in University Malaysia where I resided over three years. I was then a Science Undergraduate in UM. These annual games brought together the students in Raffles and 2nd RC. Sada played soccer and cricket for Raffles. There was great rivalry in sports but lasting friendships were forged over the years. A good number of the Senior Legal Practitioners in our country hail from Raffles Hall and from 2nd RC after the first Law Faculty was set up in University Malaya in 1972.

After Sada graduated and had been called to the Malaysia Bar, he commenced practice with Michael Chen & Lee in Kuala Lumpur.

Later he opened up his own legal practice which did not last long. The reason being in 1979 Sada met Fraulien Kristiane Kull, a fine Lady from Munich, Germany. It was then that Sada decided to follow his future wife back to her country. He did not turn back for the next 25 years. Sada had a great flair for languages. He spoke fluent German, English, Tamil and Bahasa Melayu.

He raised his family of two beautiful and talented daughters, Shanthi Sadacharam and Sarah Sadacharam. Shanthi follow her father’s footstep. She is an Intellectual Property Lawyer practising in Germany. Sarah, among other things, teaches Yoga.

Sarah also plays the Baritone Saxophone, which is the largest in the family of saxophones. On her two previous trips, she gave me, a rookie saxophonist, some tips and encouragement. She has a son, Igro Ravi. He is seven years old. Like his granddad, he is a fan of Bayern Munich. He plays soccer and I have been told that he scores goals regularly for his school team.

In 2005, Sada having settled matters in Germany, decided to return to Malaysia. He joined David Lingam & Partners. Then he had short stint in Murphy and Dunbar before joining his brother Mark to get re-familiar with legal practice in Malaysia. He then opened a sole proprietorship under the name of Sada & Co with his office in Cheras.

His family remembers him to be generous but firm. He was warm, friendly and had a great sense of humour.

He was sharp in his reasoning and precise in his language, not uncommon amongst lawyers, though I suspect that his long sojourn in Germany had given him a cutting edge to this skill.

In December 2015/January 2016, a group of six persons consisting of family members and friends visited Chiang Mai in Thailand. He was in our group. We had a wonderful week and celebrated New Year there.

Just six months later, in June, 2016, he was diagnosed with cancer which was already in stage four. It started in the lungs and soon spread. He had to undergo chemotherapy and radiation. Sada was not one to quit. He wanted to fight the disease. He willingly withstood the discomfort of pain and the unpleasant after effects of chemotherapy and believed that he could somehow overcome his serious condition. Unfortunately, the cancer had spread to his bones and spinal cord, which further caused excruciating pain. His friends and family members rallied around him.

A week after he was told that chemotherapy and other treatment would be discontinued, he went into palliative care and passed away at the Institute Kanser Negara on 10 June 2017, a year after the first diagnosis of the disease.

His untimely demise has left a large emptiness in the lives of his family and friends.

Sadacharam Raman had lived his life to the fullest and brought happiness to many. His family and friends will always have fond memories of him.