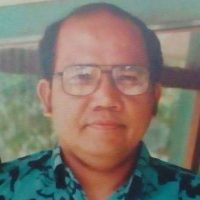 Born on 28 January 1945 in Nyalas, Jasin, Melaka, Allahyarham Shaari bin Haji Md Nor began his Primary School at Sekolah Kebangsaan Air Baroh, Jasin Melaka and continued his secondary education at Sekolah Menengah Gajah Berang, Melaka. After obtaining excellent results for his MCE, he was the first Malay in Melaka to be sponsored by the Government to continue his studies at Lincoln’s Inn, London on full scholarship.

After obtaining his Bachelor of Laws Degree with Honours and admitted to the Lincoln’s Inn, London, he served as a Magistrate in 1973 in Muar until early 1975.

In 1978, he was appointed as the Legal Advisor for Jabatan Kastam Malaysia.

In 1980, he was appointed as a Sessions Court President (as it was then known) and served at the then Duta Courts in Kuala Lumpur.

He finally opened his own law firm in 1990 under the name and style of Messrs Shaari Nor & Co.

He was very proud of his involvement in the legal field and was very committed to the job despite being in poor health condition until the day of his demise on 28 August 2017.